May 10 / wcrannell / Comments Off on Loch Ness & The Great Glen

To the north and east of the Western Isles lies the Great Glen, a valley running 75 miles from Fort William in the south to Inverness in the north. Home to the highest mountain (Ben Nevis) and the largest loch (Loch Ness) in Britain, this is the region one first experiences as the “highlands.”

Inhabited by the Picts in the Dark Ages, intermarriage and religious conversion transformed the Pictish clans into the famous Scottish clans that fought both for and against and for English rule – sometimes at the same time.

Today, the mountains of the region are a destination for skiing and ice climbing, and Ben Nevis, in spite of its relatively modest altitude at just over 4400 feet, is considered a challenging climb that claims the lives of several climbers each year, most often due to poor weather preparation. Farther northeast from “The Ben” is Loch Ness and Urquhart Castle. The largest loch in Britain by volume, Loch Ness attracts hoards of tourists in the spring and summer, but the endless queues at the spectacularly located but rather over-developed Urquhart Castle are non-existent in the winter. 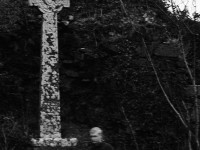 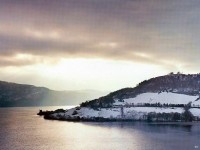 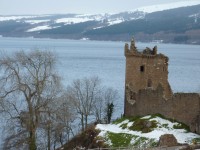